We’re less than 2 weeks away from FC Kuala Lumpur’s maiden trip to Europe for the 2019 Iber Cup Estoril in Portugal!

The annual summer tournament will see FCKL send the Under 9, 12 and 15 squads to the Iberian Peninsula to have their very first taste of European competition. Leading these respective squads in Portugal will be Coach Mark, Coach Jon and Coach Gareth.

We sat down with them to get updates on their progress and expectations ahead of the competition. 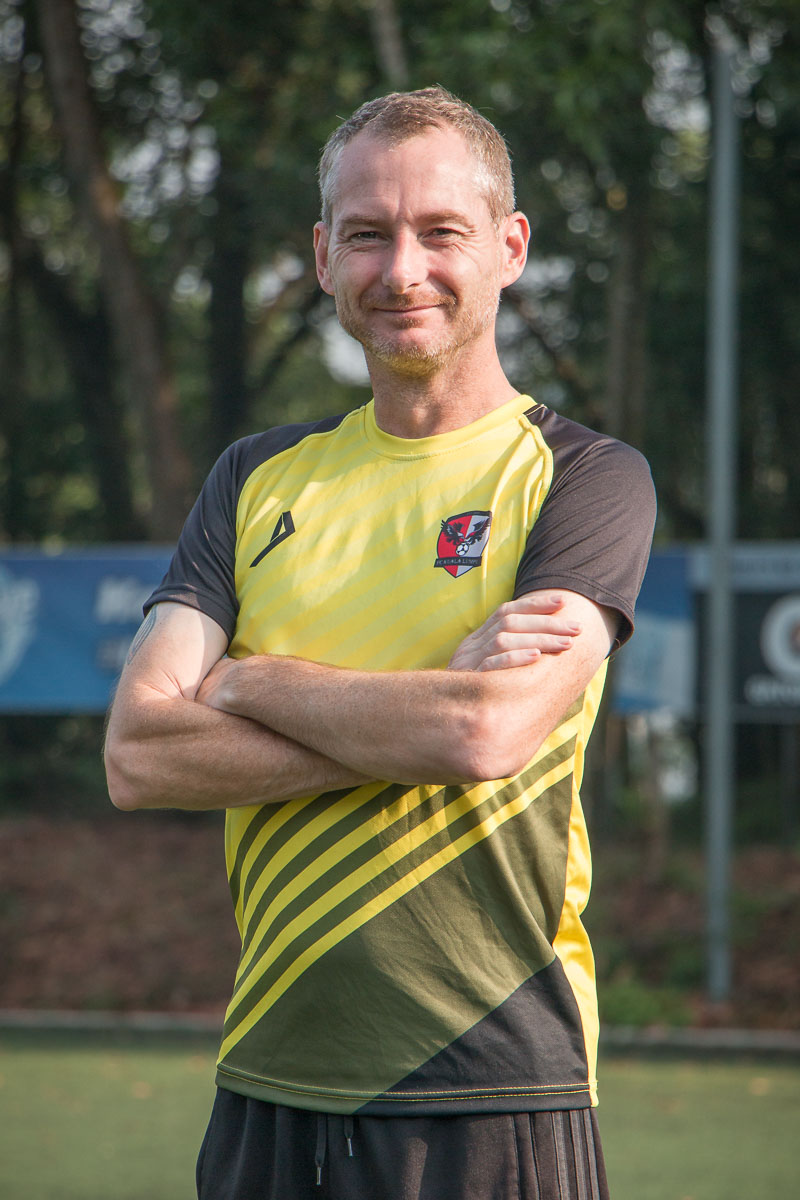 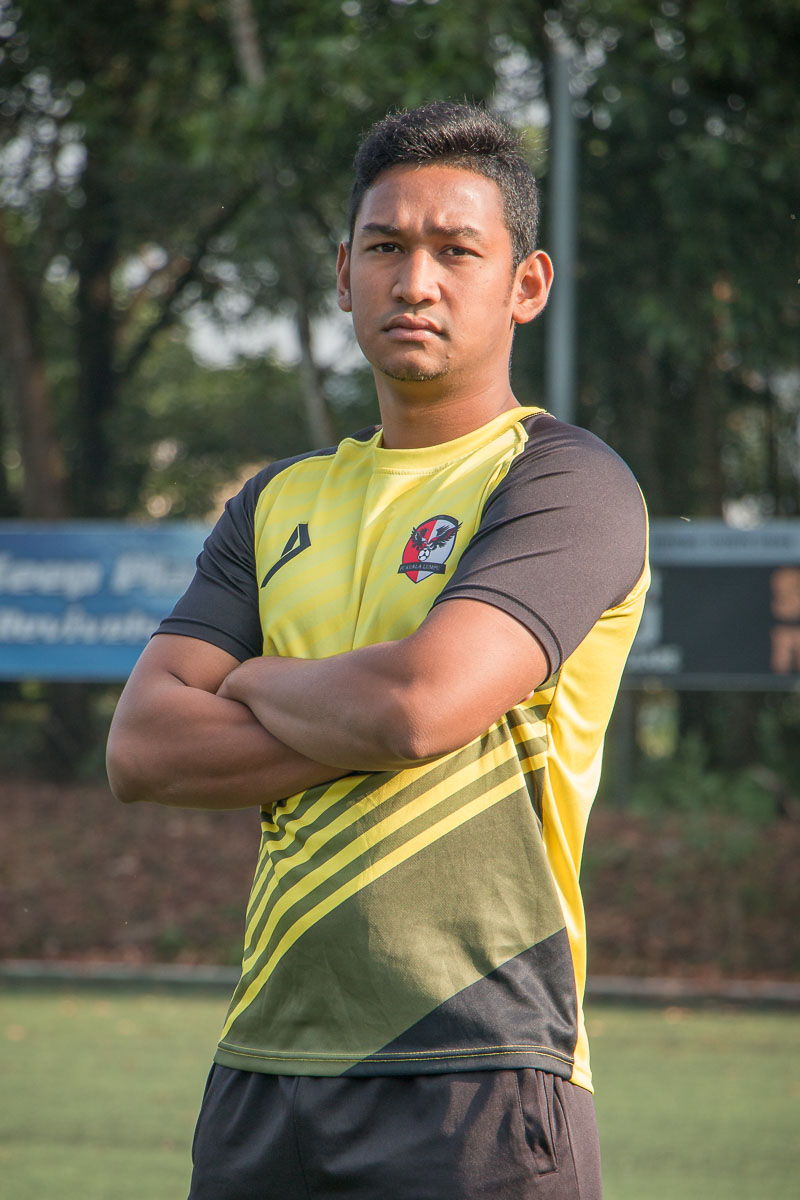 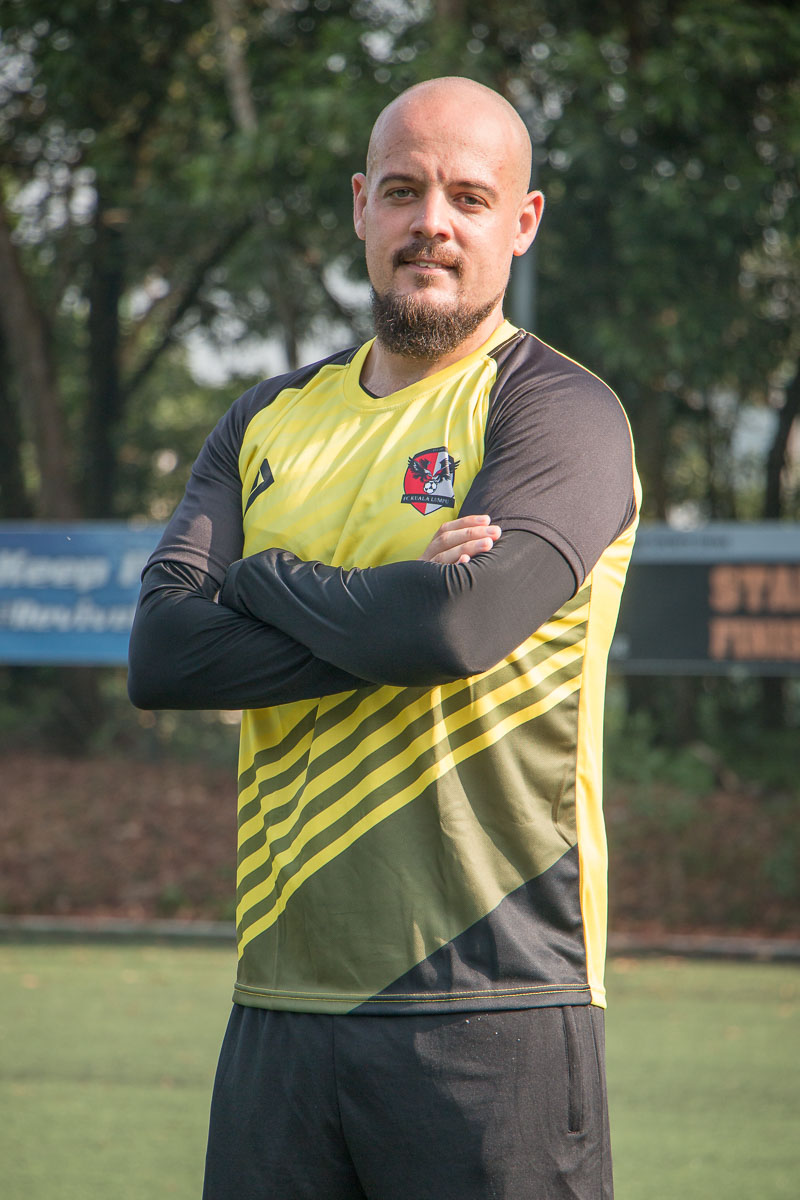 There is an air of excitement emanating from the coaches when asked about FCKL’s first trip to Europe. There’s particular enthusiasm from Coach Mark, whose Under 9 squad are playing with thanks to our fantastic sponsors at Top Glove Malaysia, but all coaches are looking forward to the experience.

They also added that they are proud to fly the Malaysian flag in Portugal, being the only Malaysian team to enter the competition in their age groups.

Building up to the tournament, the coaches also had to fit in new players who have been added into the squad from both younger and older age groups.

For Coach Mark, it’s all about working with individual players in a change of position.

“Since it’s a 7-a-side format, it’s not too different from how we set up in the league; rather, it’s how my players will learn a different position to better accommodate the new players who are in the team, all of them who have similar styles of play,” he says. 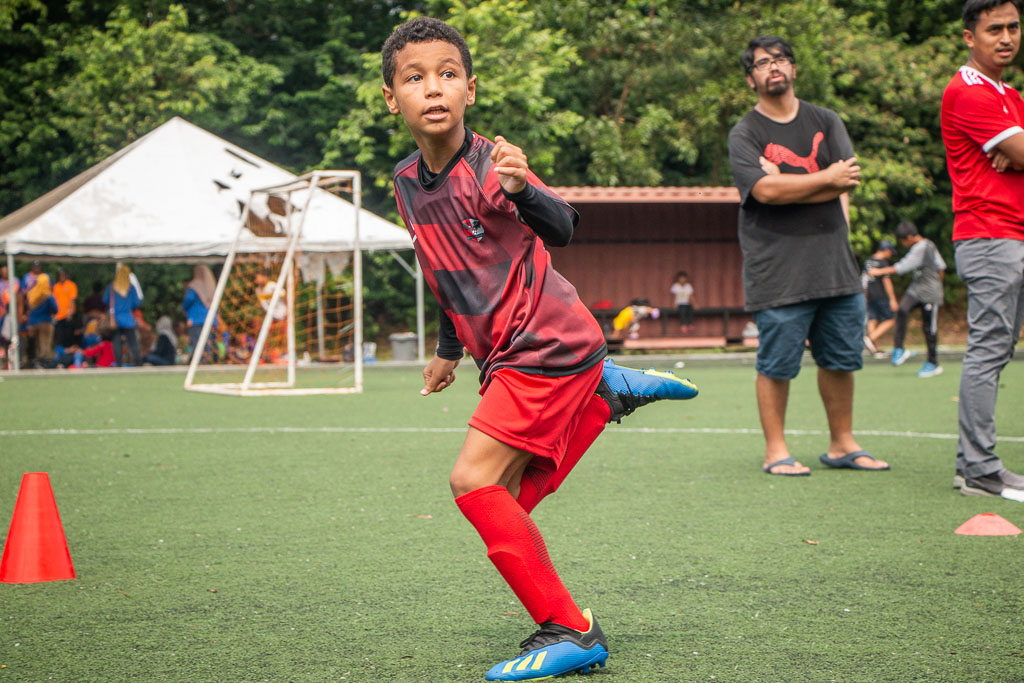 Coach Jon has shared the same approach, but with more focus on having his squad play friendly games to build chemistry and understanding between players. Coach Gareth’s squad, however, has had more time playing together, so a key topic in their training has been fitness work.

“We’re going to a different country with a change in climate and environment so fitness is key, and we’ve been working on that,” Coach Gareth says. “We’ve also been working on organising our play and how the team can adapt to the different playing styles that our opponents will bring.

“When I was back in Europe, I noticed that there was more strength and purpose in a lot of the European clubs’ play, and we’re working on incorporating that within the U15s.”

On the question of how their squads are feeling about going to Europe, Coach Mark is impressed with how level-headed his players are. “They have experienced tournaments abroad, especially with the recent JSSL 7s in Singapore, and the BSS Tournament in Pattaya last year. It’s better to have them keep their energy on the pitch, instead of elsewhere,” he said.

“With the background the U12s have, most of my players have had experience playing in Europe,” Coach Jon explains. “But as Mark said, my players are also level headed leading up to the tournament, and they’re also doing well in training.”

The attitude is a little different in Coach Gareth’s squad.

“My boys are extremely excited about going to Portugal. Most of them have never played in Europe before,” Gareth says. “The boys are excited to challenge themselves against their bigger opponents, and this has helped motivate them on the training ground.”

There’s also perhaps more to play for for the Under 15s as some of them prepare to move on to higher education or other commitments. “If it is to be their last tournament together, what a way to end it as a team,” Coach Gareth says. “That also fuels their desire to go to Europe and play there.” 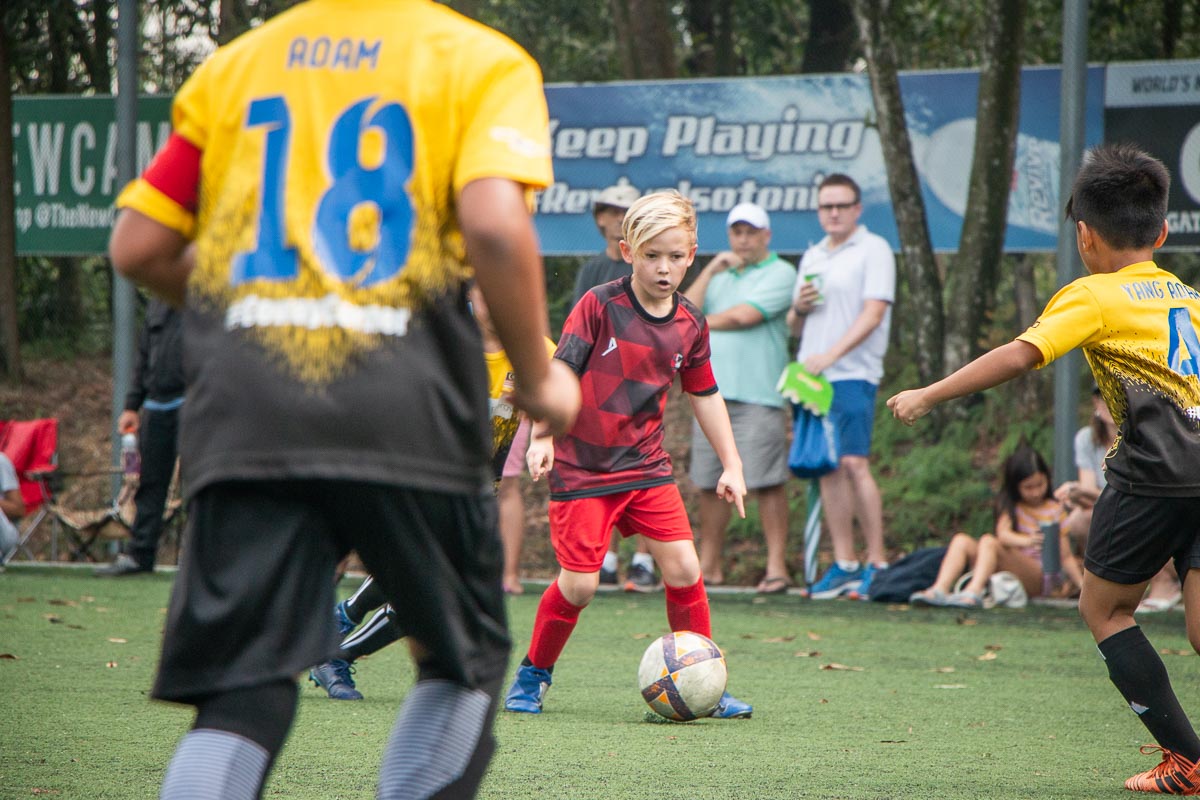 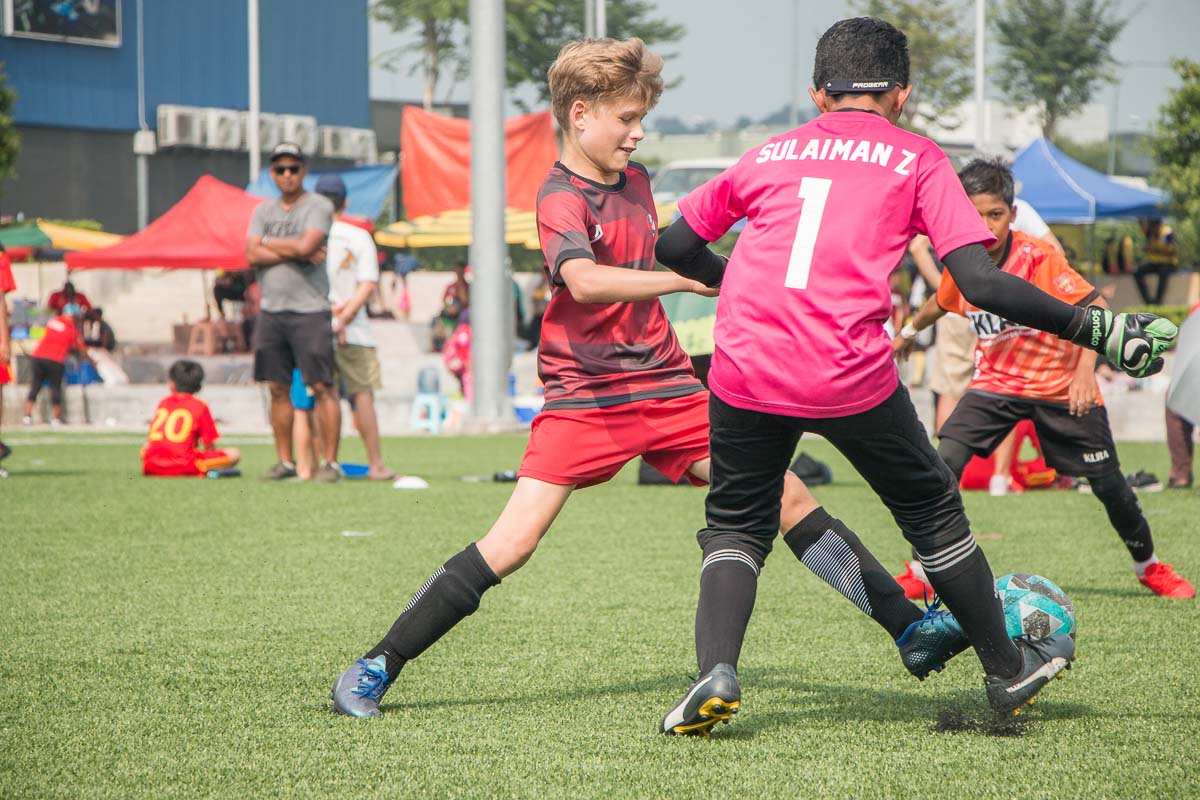 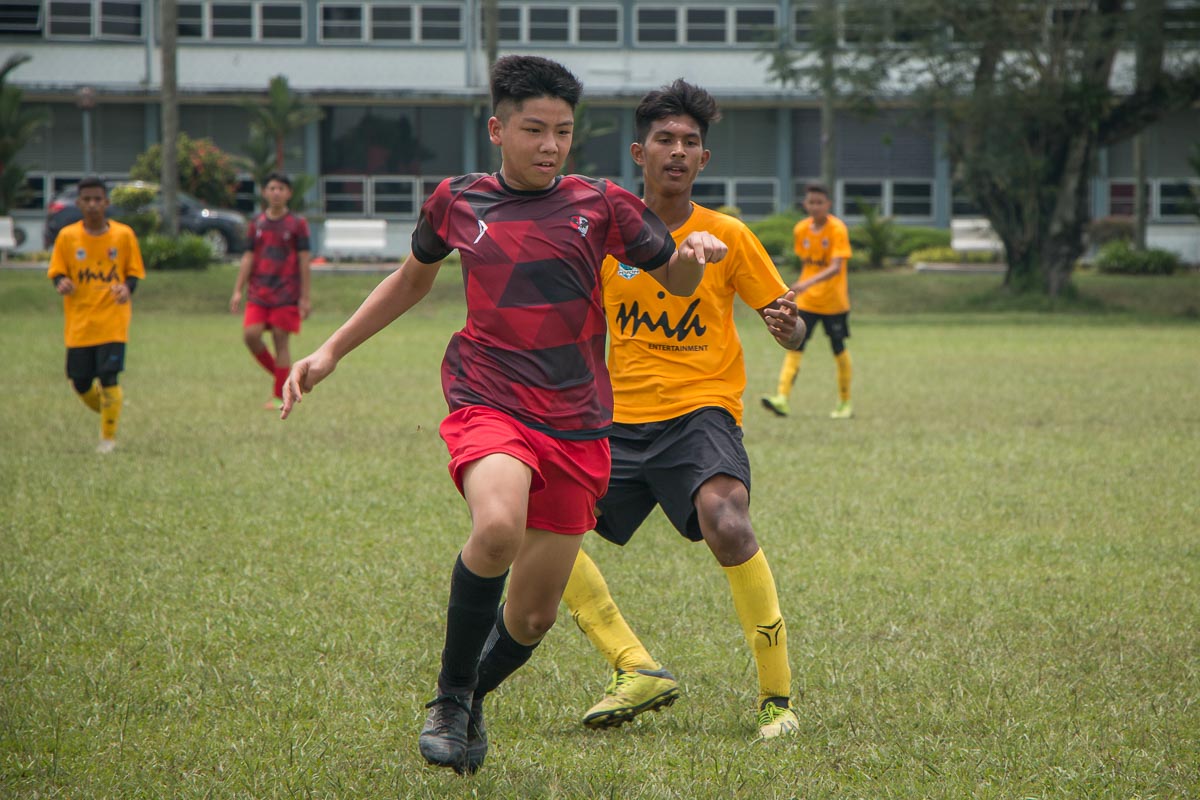 The coaches have also set expectations for their teams, and unanimously, it’s all about enjoying the experience and taking in as much as they can during their time there.

“I’d love to see a good bond come out of this campaign, and to see them rise to challenges,” Coach Mark explains. “I’ve seen it a couple of times in the Junior League; they’d find their way out of sticky situations, coming back to win games from behind. I hope they bring the same mentality when they are in Portugal, not losing confidence and trying their best to get into the game. It’s also good preparation for the upcoming Junior League and I’m hoping that this will be a catalyst to a great campaign.”

Coach Jon is hoping his player will react positively to a new tournament atmosphere. “We don’t really know the quality of the opponents that we’re going to face, and the weather as well as the environment is going to play a very big factor for us. However, this is going to be a great learning curve for all the players.

“It’s also a great tournament to gauge the level between Asian and European teams, and I hope that my players will be able to see the quality of the players, facilities and other elements there and learn from them, to help achieve their dream of playing in a big professional setup in the future.”

“I’d love to see a good bond come out of this campaign, and to see them rise to challenges”

“For most of the U15 players, it’s a once-in-a-lifetime experience, so I expect my boys to go out and have fun, enjoy themselves and take in everything they can from this tournament,” says Coach Gareth.

“The mentality I’ve set the team to have is ‘Either we win, or we grow’. It’s not about winning the game but it’s more about the process. I want the boys to go and give it their all, and give the opponents all they’ve got. At the end of the day, win or lose, it’s the effort that counts.”

With that, we wish all the coaches involved and the travelling FC Kuala Lumpur contingent the best of luck in the 2019 Iber Cup Estoril!

Interested in following the teams at the Iber Cup?

We’ll have full coverage of the tour online at www.fckualalumpur.com as well as on Instagram @fckualalumpur

Stay tuned, show your support with likes and comments, and get ready to cheer on our FCKL teams as they take on some of the best youth sides in the world!